The Reverso is one of the rare true icons of luxury watchmaking. It is the legendary reversible watch invented in the 1930s for polo players who wanted to be able to protect the crystals of their watches, which featured pure, geometric silhouettes inspired by the Art Deco movement. Dimensions (L x W) : 46.8×27.4mm Thickness : 7.3mm

Below is a detailed look at Jaeger-LeCoultre’s model 278856J from Reverso watch family, including the price, case details and movement features. 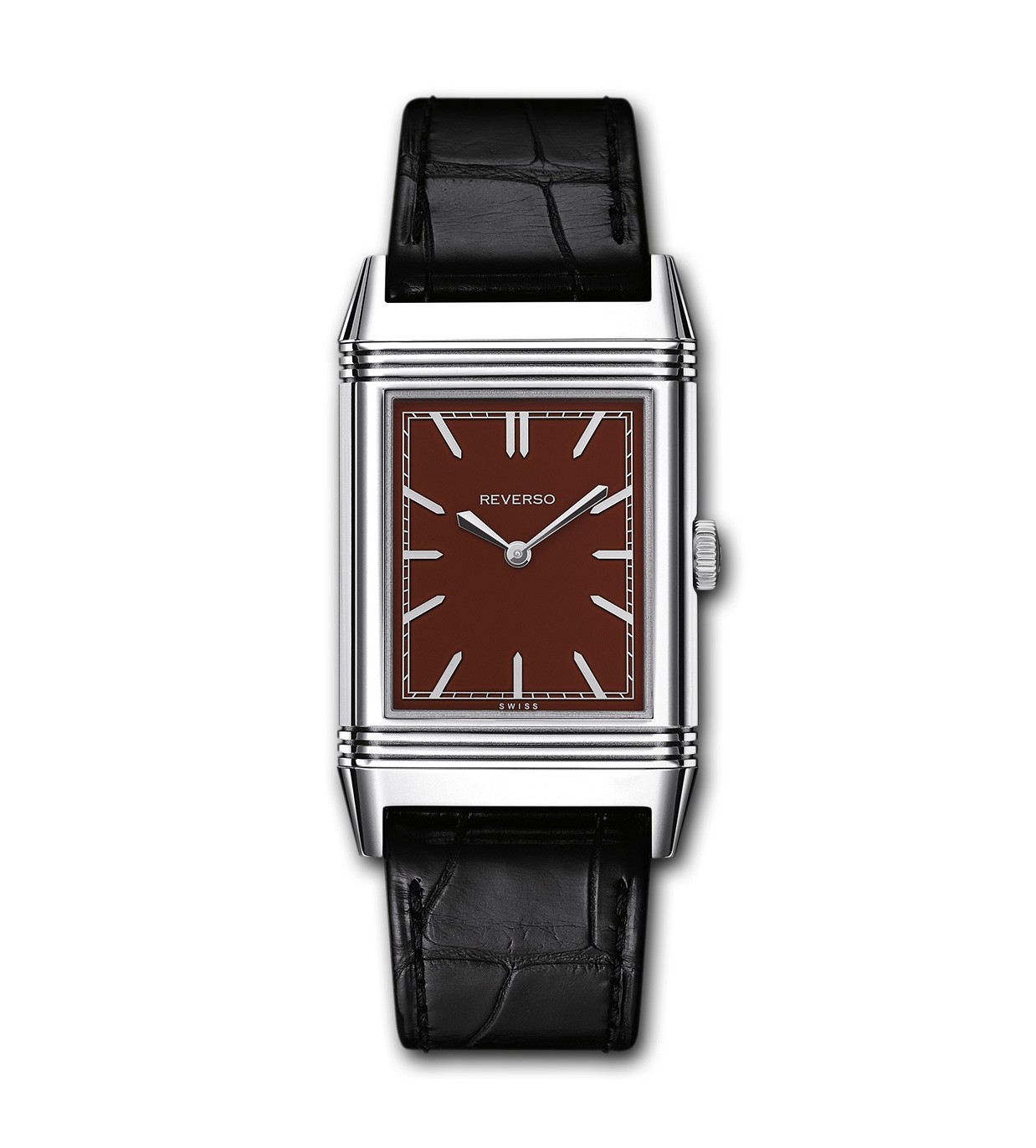 The stainless steel case measures 27.4mm in diameter and roughly 7.3mm thick. The rectangular case is paired with a red color dial with sword-shaped hands, and a stick / dot hour markers and minute track, covered by a sapphire glass. Jaeger-LeCoultre’s Reverso model 278856J is water resistant up to 30 meters (98 ft). A solid caseback is over the back of the watch case.

The Reverso 278856J movement is a powered by caliber 822 made by Jaeger-LeCoultre. The 21-jewel hand-wound movement is 20.2mm in diameter. Its balance wheel oscillates at 21,600 semi-oscillations per hour or 3 Hz. This movement offers a 38-hour power reserve.

The Basics With its pure geometrical shapes, this Art Deco icon remains as timeless yet contemporary as ever. Dimensions (L x W) : 42.2x26mm Thickness...
Read more

The Basics The Jaeger-LeCoultre Polaris Automatic was introduced at SIHH 2018 as part of the new Polaris collection, whose design codes are inspired by the...
Read more

The Basics The Jaeger-LeCoultre Reverso Classic Medium Duetto 2588420 was introduced at SIHH 2017. It features a cstainless steel case (40*24mm), which houses the hand-wound...
Read more

The Basics Introduced in 2017, the Duomètre à Quantième Lunaire 604244J has a pink gold case and a slate grey dial. The hand-wound caliber 381...
Read more

The Basics The Grande Reverso Ultra Thin 1931 has a pink gold case and a brown dial - the latter inspired by the original 1931...
Read more

The Basics It asserts itself in the sports world thanks to the first Jaeger-LeCoultre automatic chronograph movement. The patented compression key system has been adapted...
Read more

The Basics This exceptional new model was inspired by the pocket-watch launched by Jaeger-LeCoultre in 1907, and which to this day remains the thinnest manually-wound...
Read more

The Basics Jaeger-LeCoultre equips the historical case of the 1959 Memovox Deep Sea with a three-counter chronograph movement. The chronograph operating indicator is inspired by...
Read more