Audemars Piguet is a notable brand – and the Royal Oak Grande Complication is a notable watch. AP has traditionally been a part of the so-called ‘Big Three’ – the other two being Patek Philippe and Vacheron Constantin. However, Audemars Piguet has been drawing rather heavily on its Royal Oak heritage in the last few years, causing the name to be almost synonymous with the decisively sporty and rugged Offshore for the almost a decade. Still, AP has a rich pedigree when it comes to complications and can be considered somewhat of a specialist when it comes to the traditional ‘Grande Complication’. But that’s not where it ends. Audemars Piguet has been one of the first to merge its tradition in haute horlogerie with its tradition in sports watches, perhaps creating a new segment in the blink of an eye – that of extreme high-end, haute horlogerie sports watches. The present Royal Oak is an example of this: the sporty and emblematic Royal Oak design is paired with an ultra-complex movement, and it’s housed in titanium.. How is that for merging tradition with an avant-garde mindset? Selfwinding watch with perpetual calendar indicating the day, the date, the week, the moon phases, the month and the leap years, minute repeater, split-seconds chronograph and small seconds at 9 o’clock.

Below is a detailed look at Audemars Piguet’s model 26065IS.OO.D002CR.01 from Royal Oak watch family, including the price, case details and movement features. 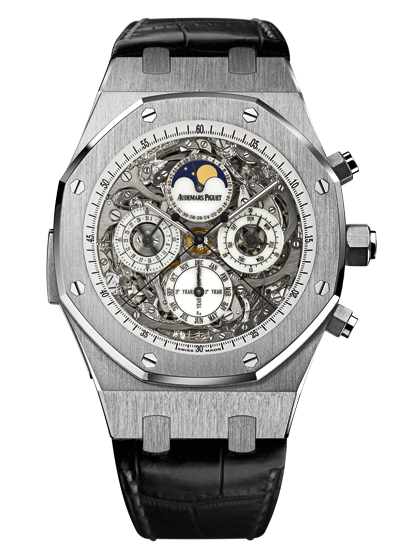 The titanium case measures 44mm in diameter and roughly 15mm thick. The N/A case is paired with a skeleton color dial with stick-shaped hands, and a stick / dot hour markers and minute track, covered by a sapphire glass. Audemars Piguet’s Royal Oak model 26065IS.OO.D002CR.01 is water resistant up to 20 meters (66 ft). A display caseback is over the back of the watch case.

The Royal Oak 26065IS.OO.D002CR.01 movement is a powered by caliber AP 2885 made by Audemars Piguet. The 52-jewel automatic movement is 31.6mm in diameter. Its balance wheel oscillates at 19,800 semi-oscillations per hour or 3 Hz. This movement offers a 45-hour power reserve.

How much does the Audemars Piguet’s Royal Oak 26065IS.OO.D002CR.01 cost? This watch was introduced in N/A and has been in Audemars Piguet’s collection for around . This watch is not a limited release. As with most luxury watches, the price of depends on the availability and demand. 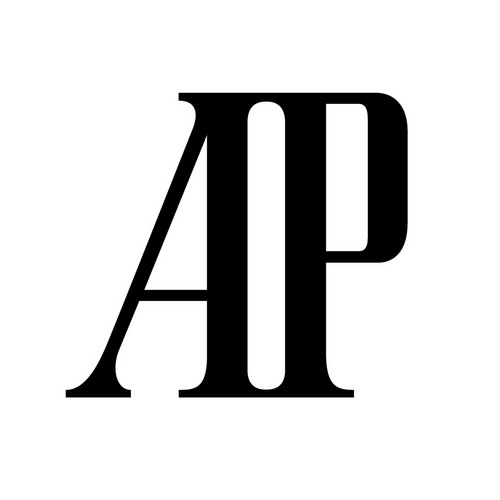