At the 2011 Kidz Horizon Appeal charity ball on 27 August 2011, a unique Zeitwerk timepiece in white gold with a grey dial was auctioned for 138,000 Singapore dollars (approximately 80,000 euros), well above the retail price of a regular ZEITWERK. Proceeds from this auction went towards helping children suffering from chronic diseases such as cancer or AIDS. The unique timepiece was created in memory of the late Mr Duncan Wang, an American Chinese businessman and philanthropist who passed away at the age of 44 years in August 2009. The patron of Kidz Horizon Appeal and passionate watch collector was a great admirer of A. Lange & Söhne. Formed in 2004, the relief organisation raises funds for children suffering from chronic diseases such as cancer or AIDS, whose parents are not in a position to afford the medical treatment they need. The highlight of the annual fund raising efforts is a charity ball that is held annually at the Ritz Carlton Singapore. The first ever Lange watch to be produced for a charity in Asia, the design of this unique version, showcasing dark/bright contrasts, is emphasised by a white-gold case, grey dial and numeral discs with white numerals, a black alligator leather strap and the folding clasp, also crafted from solid white gold. A special engraving on its caseback bears witness to its uniqueness and the occasion

Below is a detailed look at A. Lange & Söhne’s model 140.049 from Zeitwerk watch family, including the price, case details and movement features. 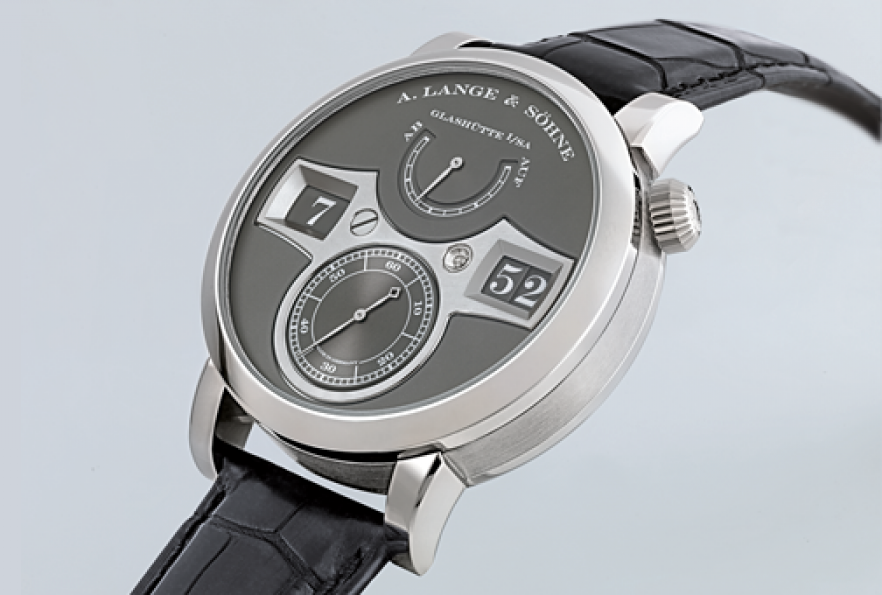 The white gold case measures 41.9mm in diameter and roughly 12.6mm thick, with 20mm lug width. The N/A case is paired with a grey color dial with -shaped hands, and a arabic numerals hour markers and minute track, covered by a sapphire glass. A. Lange & Söhne’s Zeitwerk model 140.049 water resistance is not available. This does not mean this watch is not water resistant. A display caseback is over the back of the watch case.

The Zeitwerk 140.049 movement is a powered by caliber L043.1 made by A. Lange & Söhne. The 68-jewel hand-wound movement is 36mm in diameter. Its balance wheel oscillates at 18,000 semi-oscillations per hour or 3 Hz. This movement offers a 36-hour power reserve.