The Benu Tourbillon Skylife MG-001173 was introduced in 2017. It features a white gold case and a blue dial, and it’s powered by Moritz Grossmann’s caliber 103.0 with tourbillon escapement. The dial color is the result of a public vote, for which the candidates were presented during the inauguration of the new Signature Flight Support terminal at Luton Airport in December of 2016. The watch is only available for ‘aircraft owners’.

Below is a detailed look at Moritz Grossmann’s model MG-001173 from Benu watch family, including the price, case details and movement features. 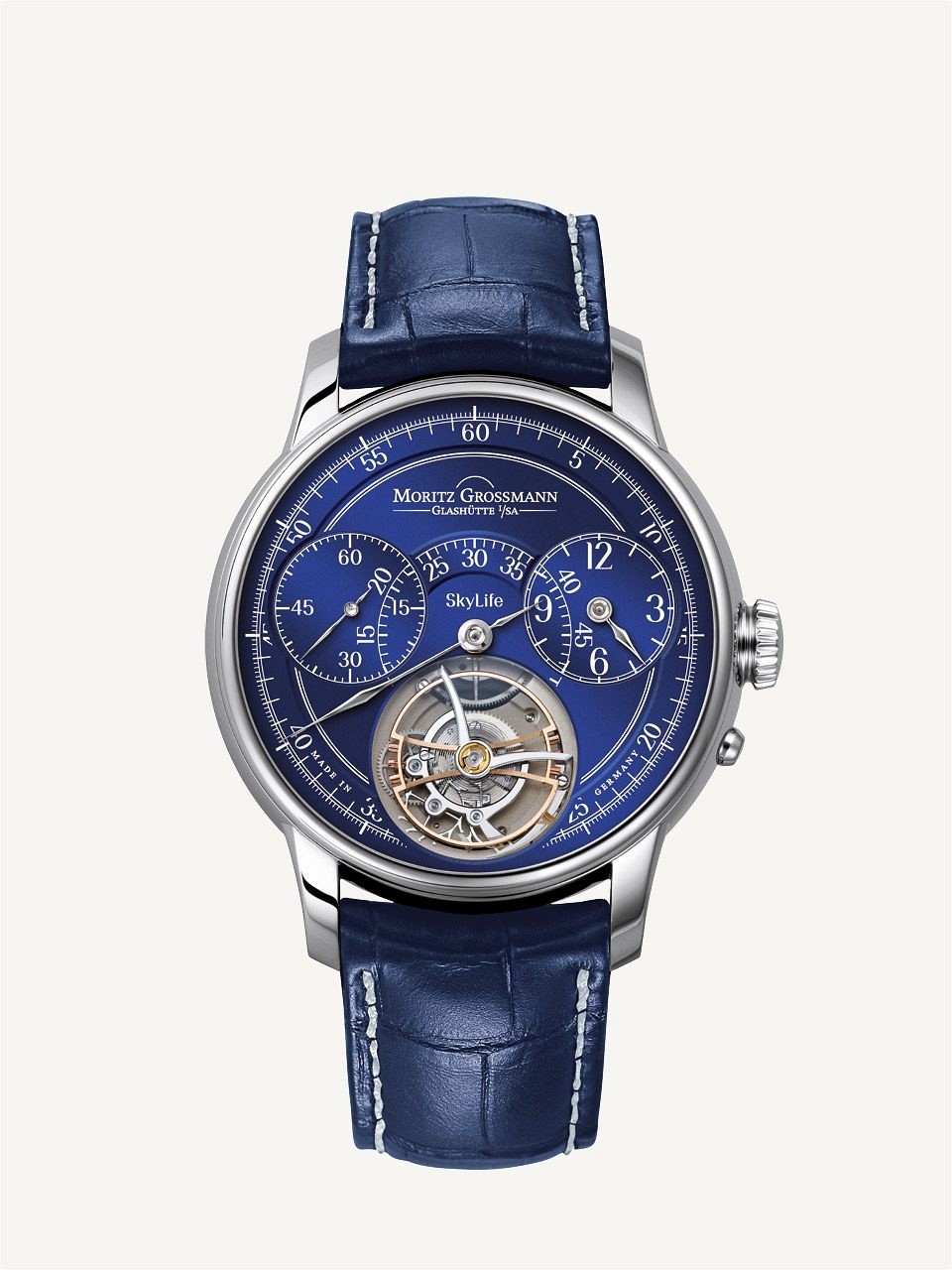 Moritz Grossmann’s Benu Tourbillon Skylife (MG-001173) was originally released in 2017. This watch features a hand-wound movement beating at a frequency of 18000 bph ( 3 Hz) to provide a 72-hour power reserve when fully wound.

The white gold case measures 44.5mm in diameter and roughly 13.8mm thick. The round case is paired with a silver color dial with -shaped hands, and a arabic numerals hour markers and minute track, covered by a sapphire glass. Moritz Grossmann’s Benu model MG-001173 water resistance is not available. This does not mean this watch is not water resistant. A display caseback is over the back of the watch case.

The Benu MG-001173 movement is a powered by caliber 103 made by Moritz Grossmann. The 30-jewel hand-wound movement is 38.4mm in diameter. Its balance wheel oscillates at 18,000 semi-oscillations per hour or 3 Hz. This movement offers a 72-hour power reserve.

How much does the Moritz Grossmann’s Benu MG-001173 cost? This watch was introduced in 2017 and has been in Moritz Grossmann’s collection for around . This watch is a limited edition with just 50 pieces released. As with most luxury watches, the price of depends on the availability and demand.

No description is available.