Considered as a benchmark for watchmaking in 1958, the Jaeger-LeCoultre Geophysic® model can withstand all kinds of tests, whether they be for its anti-magnetic or anti-shock qualities, its water resistance or its chronometric precision. The watch was designed for the scientists of the International Geophysical Year in 1958, an unprecedented scientific endeavour. Readopting the aesthetic codes of the historic 1958 models, these new Geophysic watches are presented in a case with modified dimensions. This round watch with its pure forms encloses a high-performance self-winding calibre.

Below is a detailed look at Jaeger-LeCoultre’s model 800652J from Geophysic watch family, including the price, case details and movement features. 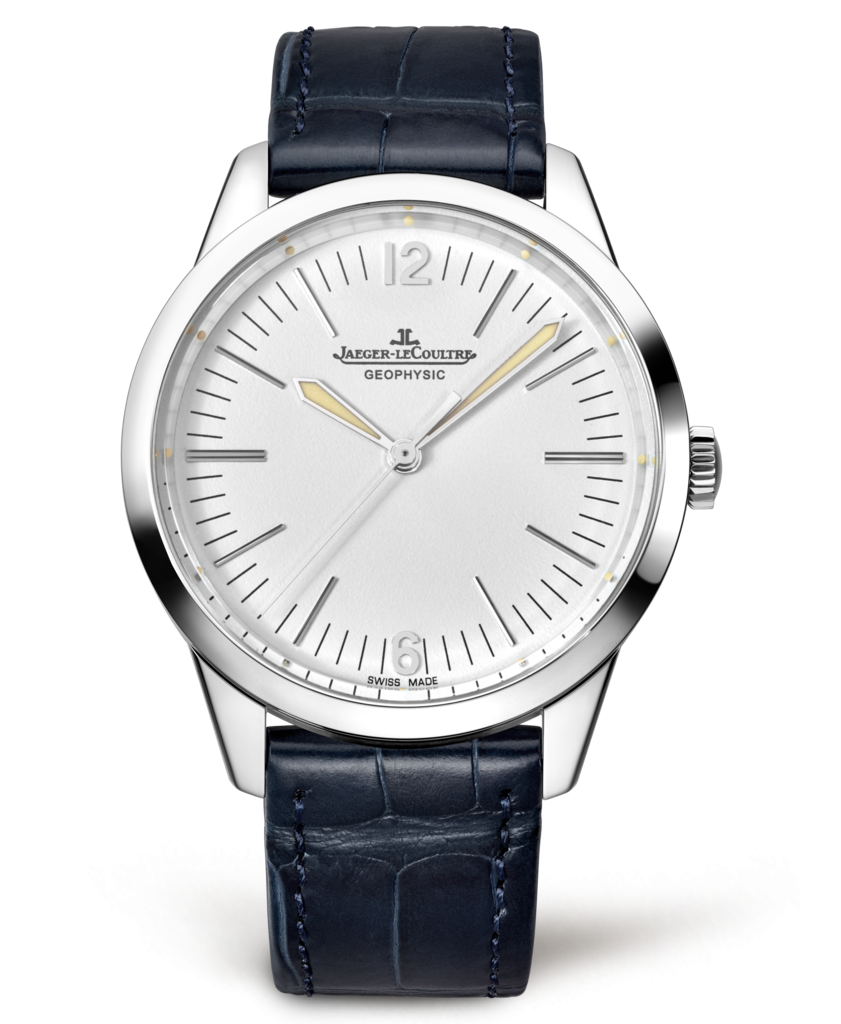 The stainless steel case measures 38.5mm in diameter and roughly 11.3mm thick. The round case is paired with a silver color dial with baton-shaped hands, and a mixed hour markers and minute track, covered by a sapphire glass. Jaeger-LeCoultre’s Geophysic model 800652J is water resistant up to 100 meters (328 ft). A solid caseback is over the back of the watch case.

The Geophysic 800652J movement is a powered by caliber 898/1 made by Jaeger-LeCoultre. The 30-jewel automatic movement is mm in diameter. Its balance wheel oscillates at 28,800 semi-oscillations per hour or 4 Hz. This movement offers a 40-hour power reserve.

How much does the Jaeger-LeCoultre’s Geophysic 800652J cost? This watch was introduced in 2014/9 and has been in Jaeger-LeCoultre’s collection for around . This watch is a limited edition with just 58 pieces released. As with most luxury watches, the price of depends on the availability and demand.