The Reverso Tribute Gyrotourbillon was introduced at SIHH 2016. It features the vintage-inspired ‘Tribute’ look with stick markers & dauphine hands, and JLC’s signature Gyrotourbillon in the form of the double-timezone caliber 179. The platinum case measures 51.1x31mm across, making it significantly smaller than previous iterations of the Reverso Gyrotourbillon. A veritable masterpiece showcasing the watchmaking skills and rare crafts (Métiers Rares®) cultivated by Jaeger-LeCoultre, the Reverso Tribute Gyrotourbillon is a stellar creation within the new 2016 collection. Its elegant and sophisticated case houses a movement equipped with an unusual Gyrotourbillon®. Vividly embodying the signature horological sophistication of Jaeger-LeCoultre on both faces, it springs a number of surprises including an entirely openworked back dial. This platinum model is issued in a 75-piece limited series.

Below is a detailed look at Jaeger-LeCoultre’s model 3946420 from Reverso watch family, including the price, case details and movement features. 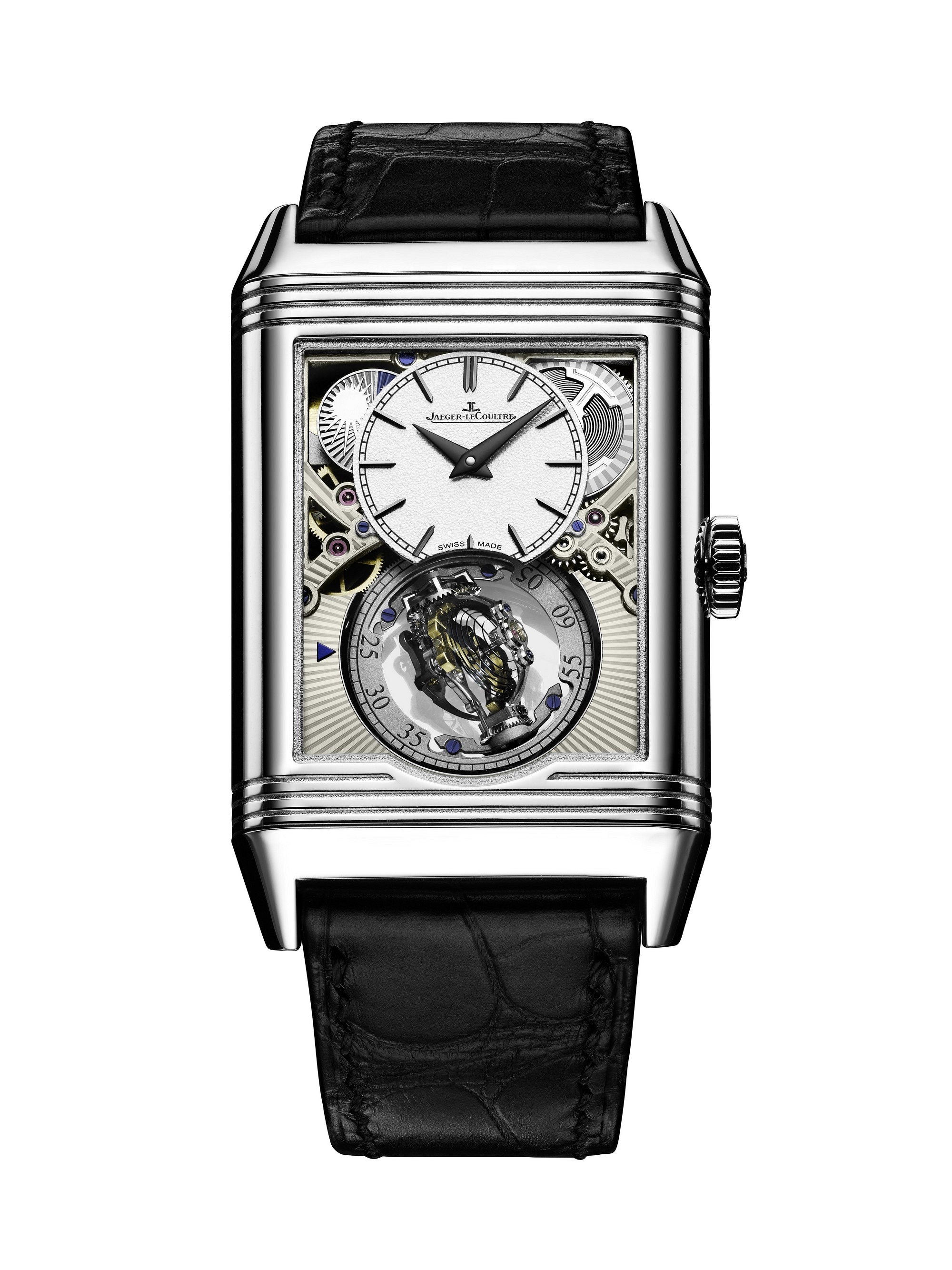 The platinum case measures 31mm in diameter and roughly 12.4mm thick. The rectangular case is paired with a skeleton color dial with dauphine-shaped hands, and a stick / dot hour markers and minute track, covered by a sapphire glass. Jaeger-LeCoultre’s Reverso model 3946420 is water resistant up to 30 meters (98 ft). A double dial caseback is over the back of the watch case.

The Reverso 3946420 movement is a powered by caliber 179 made by Jaeger-LeCoultre. The 52-jewel hand-wound movement is mm in diameter. Its balance wheel oscillates at 28,800 semi-oscillations per hour or 4 Hz. This movement offers a 40-hour power reserve.

How much does the Jaeger-LeCoultre’s Reverso 3946420 cost? This watch was introduced in 2016 and has been in Jaeger-LeCoultre’s collection for around . This watch is a limited edition with just 75 pieces released. As with most luxury watches, the price of depends on the availability and demand.